All state-of-the-art global climate models that contributed to the latest Coupled Model Intercomparison Project (CMIP6) show a robust increase in Indian summer monsoon rainfall that is even stronger than in the previous intercomparison (CMIP5). Furthermore, they show an increase in the year-to-year variability of this seasonal rainfall that crucially influences the livelihood of more than 1 billion people in India.

The press release by the Potsdam Institute for Climate Impact Research (PIK) can be found at: https://www.pik-potsdam.de/en/news/latest-news/climate-change-is-making-indian-monsoon-seasons-more-chaotic 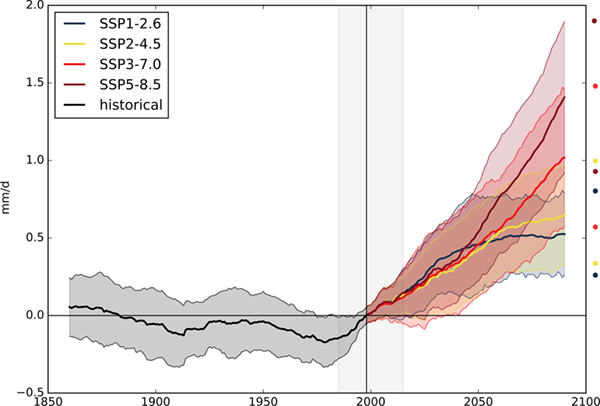